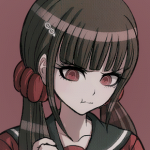 Hi welcome to my page, i'm Joseph one of the former-admin in the Danganronpa wiki as you can probably tell I'm a huge Danganronpa fan. I'm 17 years old and currently attend to High School in Los Angeles, California. Also please note that Maki Harukawa is mine!! Nobody can touch, cause she is mine! 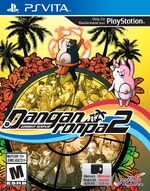 Danganronpa 2: Goodbye Despair is my favorite game because of how the characters were both more interesting and endearing, plus I enjoyed the final twist in this game compared to DR1 and DRAE. The islands and their different aesthetics were more of a pleasure to explore than Hope's Peak Academy and the trial segments were arguably more powerful for me. Hinata was more of his own character than Naegi as well. Lots of funny jokes and side content from other media, I give the game a 9.8/10. (Also Yasuhiro didn't appear in DR2)

I don't care if people see her as a plain character, but i still love her. What makes Mahiru one of the best female characters is the way how she is a good leader in Danganronpa 2, she makes people be responsible on themselves and also is a very kind person who always wants to help people. I learned a lot from her during her Free Time Events and how she became mature during her childhood. That's the reason why she is my favorite DR2 character.

Probably my favorite character of all time. I mean just LOOK AT HER! She is so CUTE! I love her so much as a character. Ever since she was revealed I was hoping she would become the main protagonist of the game, but i guess we got another female protagonist (even still i like Kaede Akamatsu). Maki is also the best female character from teh game to have the best development and design.

Retrieved from "https://danganronpa.fandom.com/wiki/User:Anime_Dude14?oldid=273500"
Community content is available under CC-BY-SA unless otherwise noted.