The Ultimate Academy for Gifted Juveniles, (才囚学園) is the main setting of Danganronpa V3: Killing Harmony and the location of the Killing School Semester. Before its destruction, it comprised of a five-floor building sealed inside a giant glass dome. As with Hope's Peak Academy, the school was run by Headmaster Monokuma, this time joined by his five "children", the Monokubs along with the Exisals.

Unlike Hope's Peak Academy, little is known about the history of the Ultimate Academy building itself. Although the building was ostensibly a school, including classrooms, a library and so on, it is unclear if the building was ever actually used as a school for learning or if it was built for or repurposed to be the location for the Killing School Semester. The building itself had the sense of being abandoned for a long time and thus has been reclaimed by nature, with the ground floor particularly affected. Tall grass and wild flowers grew from the ground in most of the ground floor hallways, and throughout the building, many of the rooms had vines and ivy growing from the ceiling. Many rooms and hallways throughout the school also had loose wiring, broken objects, poor lighting, and windows sealed by barbed wire. In contrast, the areas which appear to have been fully purpose-built for the Killing School Semester were strikingly different to the rest of the building with very modern furniture and fixtures, and with little or no dilapidation whatsoever. The whole building, including the large courtyard area, were sealed inside a large glass dome, where skyscrapers from the nearby city could be seen in the distance.

A notable aspect which sets the Ultimate Academy apart from Hope's Peak Academy is the inclusion of research labs (研究室), facilities tailored to each captive students' unique Ultimate Talent. They could be found in different locations throughout the whole school, with many becoming accessible only after certain areas were unlocked. The rooms were each uniquely furnished, often very lavishly, and contain equipment with which the Ultimate student could practice their skill. 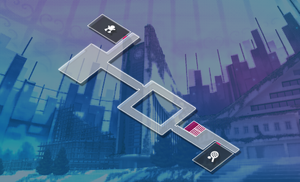 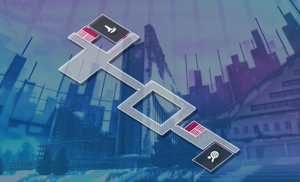 The Ultimate Academy enforces strict rules among its student body. Students who violate these rules may be exterminated with extreme prejudice by the Exisals—highly mobile, bipedal weapon platforms. There are a total of five Exisals at the Ultimate Academy. Each one is a different color and piloted by a Monokub.

The following rules were added later: