The Gofer Project (ゴフェール計画 Gofēru keikaku lit. The Gopher Plan) is a major event featured in Danganronpa V3: Killing Harmony, which was actually fabricated by Team Danganronpa as part of the 53rd season of the Danganronpa reality show. 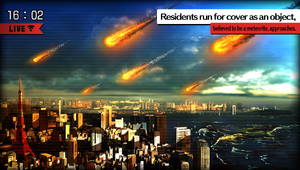 The story began when countless meteorites crashed into Earth without end. With so many collisions, the leaders of every nation decided that even if the Earth's destruction was unavoidable, they could at least try to prevent the destruction of mankind. This lead to the creation of what was called the Gofer Project. 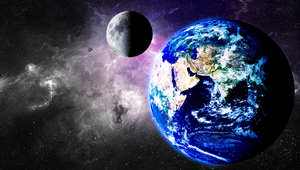 The goal of the project was to select a number of excellent human beings, put them on a spaceship, and have them escape from Earth before it was destroyed. The ship would then search for and bring the participants to a planet where life was sustainable, thus "preserving the species of mankind". In other words, the Gofer Project was never a project to save all of humanity, it was a project to preserve the last vestiges of the human race to the very end. And the ones selected for that Gofer Project were sixteen young, talented, upstanding high school students. 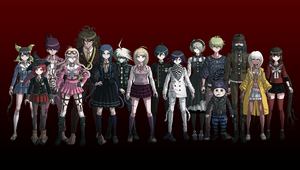 Those sixteen high school students, who were called the Ultimates, were selected as the Adams and Eves of the new world. However, the sixteen students at first did not agree to being selected. They did not want to survive, if it meant leaving their friends and family behind.

As a result, the students decided to escape from the project. By erasing their own memories, they decided to abandon their “Ultimate” talents, and tried to live their lives as ordinary high school students. However, it was just around that time that an extremist cult began to come into power. 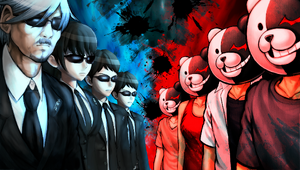 Obsessed with the idea of the End of Days, they believed that the meteor crashes were a punishment humanity had brought upon itself, and thought that mankind should receive that punishment. And they, who knew about the Gofer Project, decided to try to put a stop to it. 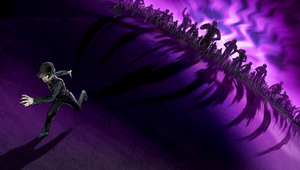 As a result, the Ultimate Hunt began. That Ultimate Hunt began to encompass the entire world, and the sixteen students who had tried to run away were gradually cornered. The organization responsible for the Gofer Project had to protect the students, as their plan was in danger. 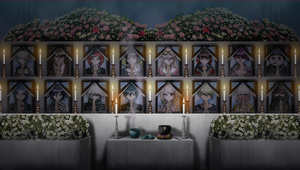 They began spreading rumours that the students had all been killed while running away from the Ultimate Hunt. A fake funeral was held for the students, to convince everyone that they were indeed dead. By doing so, they managed to calm down the Ultimate Hunt while providing protection to the students. Finally, they were ready to put the Gofer Project into action. 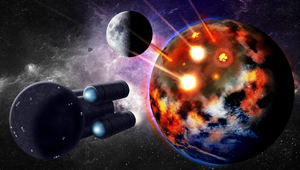 The Ark succeeded in launching with all sixteen students aboard, as the meteorites continued to rain down incessantly on Earth. The students set off into space, soon to be the last survivors of mankind. This Ark had been the home of the students ever since. 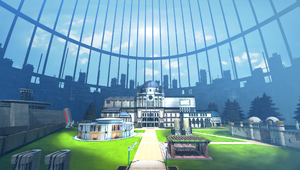 Indeed, the Ark was really the Ultimate Academy for Gifted Juveniles.

Even though the Ark was supposed to set out bearing the hope of all humanity, a Killing Game involving the sixteen students occurred. It turned out that the organization that carried out the Gofer Project overlooked someone among those sixteen students. It was the leader of the cult organization trying to crush the Gofer Project, the Ultimate Supreme Leader, Kokichi Oma. Originally, the sixteen crew members selected for the project were supposed to be put into a state of cold sleep for an indeterminate amount of time. When the spaceship found a suitable planet, the students would awaken from their sleep, and colonise the planet. 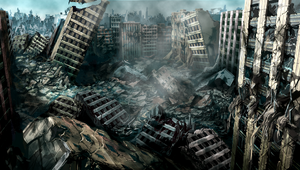 However, Monokuma hijacked the Ark, and steered it back towards Earth. By the time the Ark arrived, it had been hundreds of years, and the Earth had been completely demolished by meteorites, devoid oxygen and life.

This was what the students discovered as "the truth of the outside world".

The story was slowly revealed by the Flashback Light through the chapters, until it was completely revealed in Chapter 5.

However, it is revealed in Chapter 6 that the Gofer Project was a fake story created by Team Danganronpa and used by the mastermind of the Killing School Semester, Tsumugi Shirogane, to deceive the students' memories of the past.

Retrieved from "https://danganronpa.fandom.com/wiki/The_Gofer_Project?oldid=336240"
Community content is available under CC-BY-SA unless otherwise noted.