The Deforme (でふおめ) Deformed Figure Series is a set of gashapon figures made by Takara Tomy A.R.T.S. based around characters from Danganronpa: The Animation. The figures were released on April 2, 2014 for 300 Yen each. Each figure comes disassembled inside a plastic capsule with a base and stand. They measure between 55-75mm.

There are 8 figures in total, based on Makoto Naegi, Kyoko Kirigiri, Junko Enoshima, and Chihiro Fujisaki. Each character has a rare (レア) variant.

Makoto's figures measure approximately 70mm. His common figure has a determined face and is in a "それは違うよ!" (That's wrong!) pointing pose, and his rare figure is in a nervous/shocked pose with beads of sweat on his face and holding a Monokuma file. 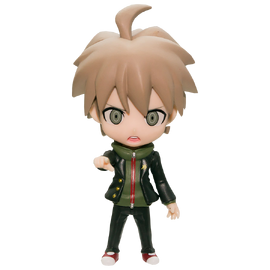 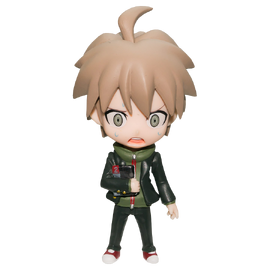 Kyoko's figures measure approximately 75mm. Her common figure is standing in a crossed arms pose and looking forward while smiling. Her rare figure has a cup noodle on her head, her arms by her sides, she has a serious expression and is looking to the left. 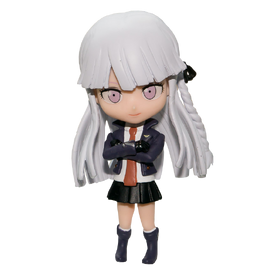 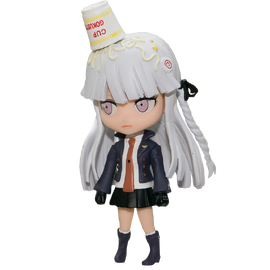 Junko's figures measure approximately 65mm. Her common figure has her left hand behind her back and is waving with her right. Her rare figure is "regal" Junko with her signature crown, holding a Monokuma plushie, and with her hand in a v sign. 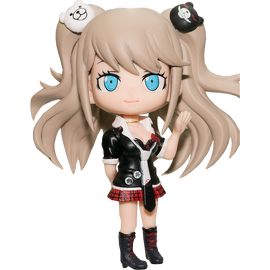 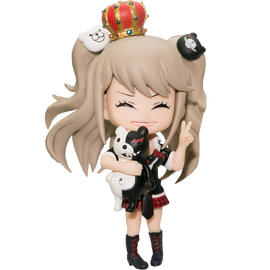 Chihiro's figures measure approximately 55mm. They are kneeling down in both their figures. In their common figure, they are looking up with a shocked expression in a typing pose. It comes with a laptop accessory. Their rare figure is laughing, blushing, and comes with a gym bag accessory. 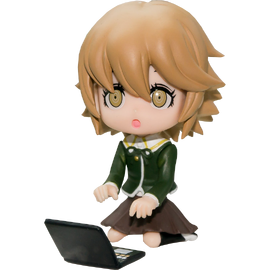 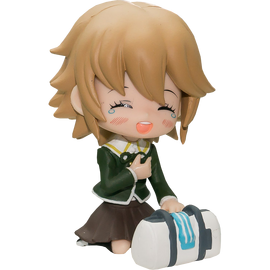 Retrieved from "https://danganronpa.fandom.com/wiki/Takara_Tomy_Deforme_Series_Minifigures?oldid=274543"
Community content is available under CC-BY-SA unless otherwise noted.