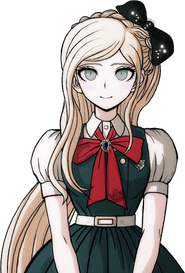 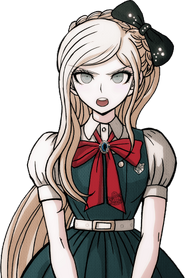 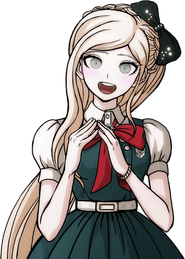 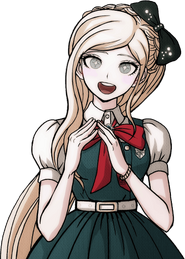 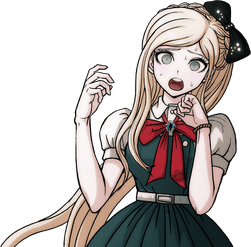 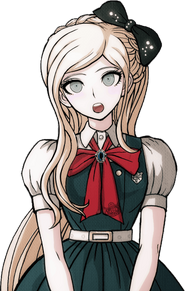 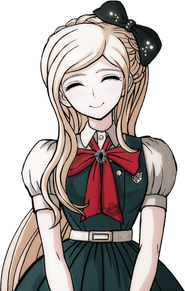 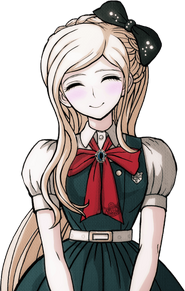 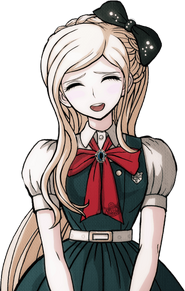 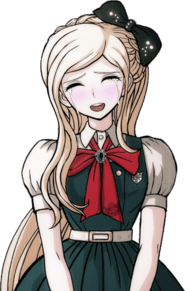 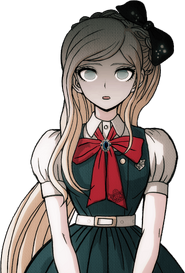 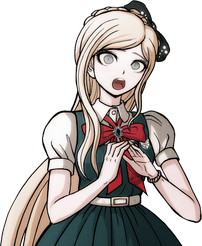 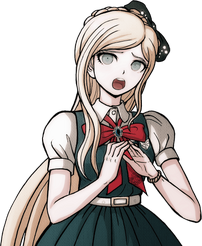 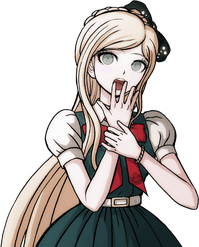 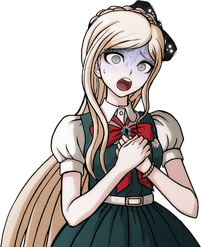 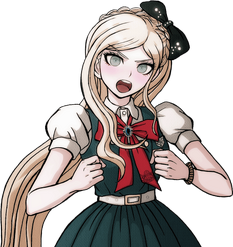 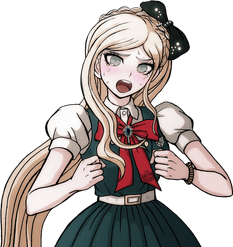 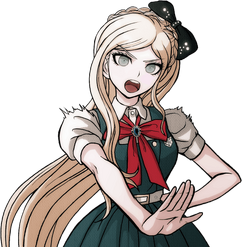 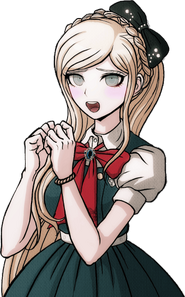 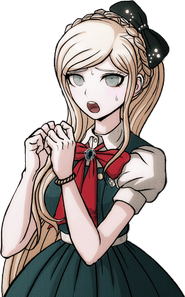 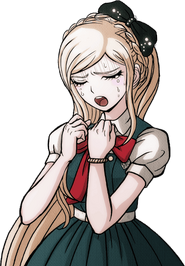 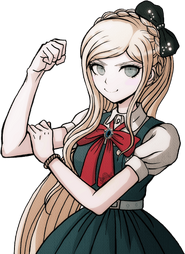 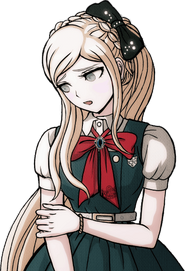 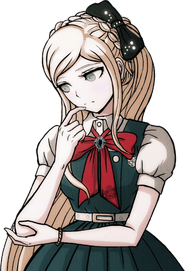 The following sprites are unlocked when Sonia's S-Rank card has been obtained from the in-game MonoMono Machines, and can be seen during certain in-game friendship events.

The following singular 3/4 sprite is available to view in the card gallery after the character's S-Rank (swimsuit) card is unlocked.

The following images are featured on Hype Cards ("W Rank" in the Japanese version), which are also collectible from the MonoMono Machines.

These sprites appear during the Island Mode minigame while collecting resources. This mode is unlocked after completing the main game.

The Japan-only Blu-Ray editions of Danganronpa 3 included character profiles and art materials in two booklets from Danganronpa 3 as a bonus. The set of pixels below is a set of pixels for Sonia which featured in these materials, some of which appeared during Danganronpa 3: The End of Hope's Peak High School - Despair Arc as short interstial gags scenes before and after advertisements.

Sonia can be unlocked by collecting her card from the Card Death Machine. After being collected, she is a playable character in the minigames Ultimate Talent Development Plan and Despair Dungeon: Monokuma's Test.

Other assets from Danganronpa 2: Goodbye Despair: 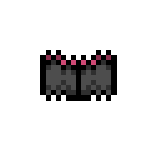