She performed as Mukuro Ikusaba and Junko Enoshima in the Danganronpa 1 (2014 and 2016), Danganronpa 2 (2015 & 2017), and Danganronpa 3 stage plays. She also sung the stage play themes, World's End Curtain Call and Good Bye School Dayz.

In 2016, Kanda sang the opening and ending theme of Danganronpa 3: The End of Hope's Peak High School - Future Arc with her band, TRUSTICK.

She is the Japanese voice of Kaede Akamatsu in Danganronpa V3: Killing Harmony. In the English dub, Kaede's voice is provided by Erika Harlacher[1]. 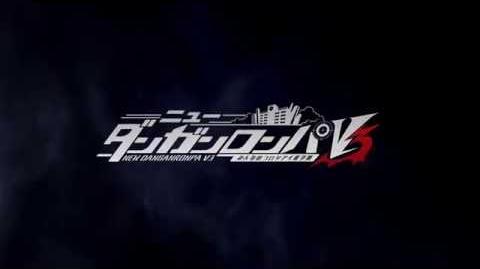 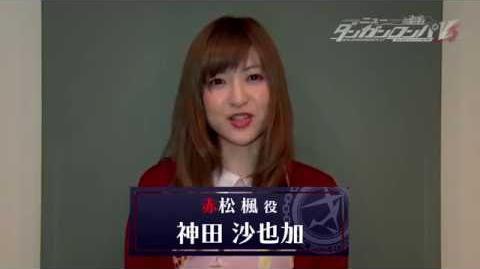 Kanda was initially asked to play Kaede at the Danganronpa: Kibō no Gakuen to Zetsubō no Kōkōsei THE STAGE 2016 production announcement, although she did not learn that Kaede was to be the protagonist of Danganronpa V3 until after reading the script and noticing that the lines were very protagonist-esque. She felt less pressure playing Kaede than she did playing Junko in the stage plays, because Kaede is a new character with no expectations behind her. Kanda's impression of Kaede is that she is positive and thinks of others before herself, but is also very intimidating when she goes too far. She tried to make sure that Kaede had a voice unique to her, rather than boring fans with the same voice they were used to from the stage plays. Kanda's favorite character from Danganronpa V3 is Maki Harukawa, and Kanda is a particular fan of the bonus art for pre-ordering the game from GEO which features Maki and Kaede together.

Kanda was depressed when she learned that Kaede would be a false protagonist, and refused to believe that Kaede killed Rantaro in Chapter 1, hoping he would still be alive and be revealed later in the game. Because the cast of Danganronpa V3 were only allowed to know their own scripted lines in order to keep the story secret, Kanda did not know who the survivors were at the time of the interview, and predicted the survivors would be Tenko Chabashira, Maki Harukawa, Shuichi Saihara, and Rantaro Amami. As a fan of Hikaru Midorikawa, Kanda was hoping to hear more of his voice acting as Rantaro.

Megumi Toyoguchi sent Kanda a personal message to help her feel more confident playing Junko on stage. The message, in-character as Junko, said: "I've been waiting! I've been waiting all this time, for a person who could perfectly replicate my speech to appear! Sayaka Kanda, do your best today." Whenever she listens to the message, Kanda overcomes her nerves and finds the courage to go onstage, but sometimes gets a little overexcited at Toyoguchi saying her name.

In the official Artbook Character Profile, Kanda said that she was a bit nervous in her first recording because that was her first time to take part in Danganronpa games. To her, Kaede is as adorable as she looks and she is very glad to voice her, saying that she played her with so much energy as much spirit of character who wants to pull the group closer to her.[2]

Some of her credited roles include: