The event was held at the Bookmark Asakusabashi store in Tokyo, Japan, split into two parts, with different merchandise released at each event. The first event ran from November 22nd to December 7th, 2014, and Danganronpa artwork produced by Mori Chack and Jun Watanabe was on display. A blackboard at the event featured illustrations drawn by the art collaborators. The second event ran from December 9th to December 21st, 2014, and artwork from the Danganronpa 1.2 Anthology Calendar 2015 was on display. Artwork was displayed on the walls of the store, along with a large blackboard featuring more Danganronpa artwork. 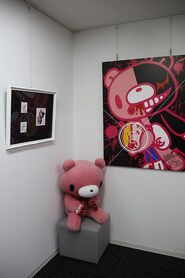 Artwork and a Gloomy Bear plushie on display 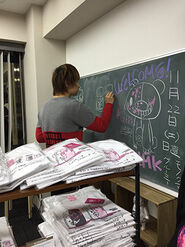 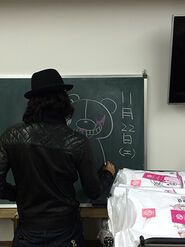 The merchandise available at the events later went on general sale to the public in limited quantities on January 23, 2015. The merchandise was available in Kotobukiya Akihabara, Animate Ikebukuro and Animate Osaka Nihonbashi stores, and on Algernon Product's webstore.

Mori Chack (森チャック) is a Japanese artist and graphic designer, and the creator of the Chax product line. Chack is best known for his original character Gloomy Bear. Gloomy Bear is a 2m tall pink bear who attacks and eats children, and was designed to contrast against the cute mascot characters of companies such as Sanrio. 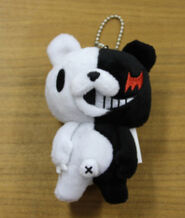 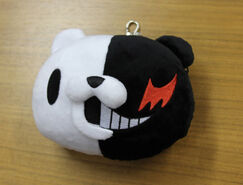 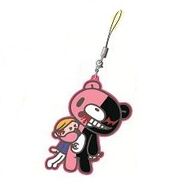 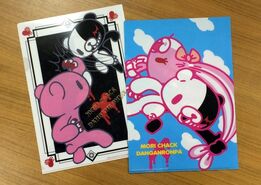 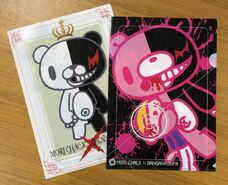 Jun Watanabe is a graphic artist and designer who specializes in fashion, particularly sneakers. He has collaborated with many popular brands to produce limited edition designs, as well as contributing to popular media collaboration events with franchises such as Evangelion and A Certain Scientific Railgun. One of his signature designs is character called "Mr. Bottle Head", a man with a pink bottle instead of a head with a face drawn on the label.

In his collaborative artwork for this event, Jun Watanabe drew Makoto Naegi, Junko Enoshima, and Nagito Komaeda in his illustrative style, as well as "Mr. Bottle Head"-style versions of Monokuma and Monomi.

Can Badges & Other Merchandise 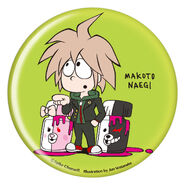 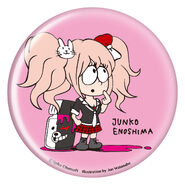 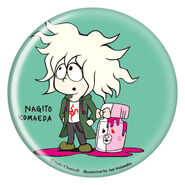 The Danganronpa 1.2 Anthology Calendar 2015 (ダンガンロンパ1・2 アンソロジーカレンダー 2015) was an anthology calendar featuring 12 popular artists, with each month of the calendar featuring a full page illustration by a different artist. The calendar was the main attraction of the second part of the Hope's Peak Academy of Art event to celebrate its release, and art featured in the calendar was on display for visitors. This part of the event ran from December 9th to December 21st, 2014. 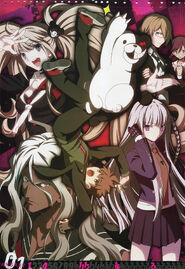 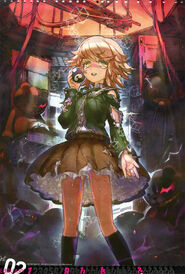 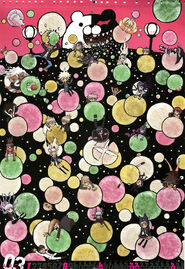 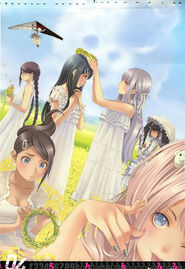 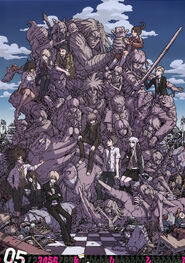 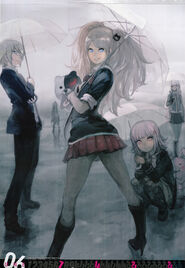 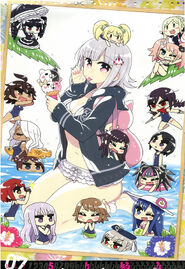 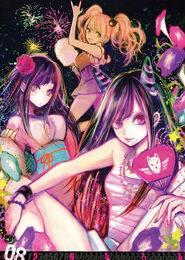 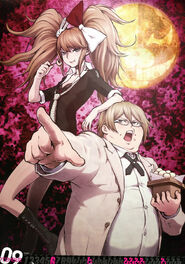 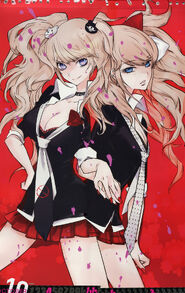 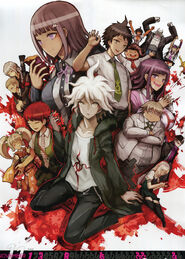 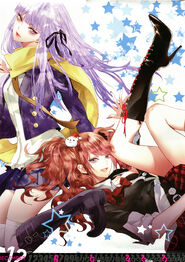