Platformer
Death Road of Despair (絶望デスロード lit. Despair Death Road) is a platformer minigame that can be played starting in Chapter 1 of Danganronpa V3: Killing Harmony. The player is not intended to complete this minigame due to its high difficulty level, however, if they do complete it, they will unlock a bonus scene featuring an alternate ending in which the students escape, an exclusive Monopad theme, and 100 Monocoins.

The minigame starts out with Kaede Akamatsu leading the other 15 students towards an exit while dodging obstacles such as gaps and bombs. If Kaede is harmed by any obstacle, she is knocked off the screen and unplayable, then replaced by another random character. This process will continue until the full minigame is completed, or all of the students are "dead". It is considered extremely difficult to complete. It is possible to play this game in every chapter on Free Time. It removes any character that has died previously or are otherwise unavailable for story-based reasons.

If the player managed to complete the full game in Chapter 1, they will receive a bonus scene featuring Kaede Akamatsu talking to Monokuma. Monokuma congratulates Kaede on completing the minigame and rewards her by unlocking the vault door to the outside world (reminiscent of the "Escape Button" bonus scene available in Danganronpa: Trigger Happy Havoc), allowing her and the other students to escape. No matter which characters were alive at the end of the minigame, it is always Kaede featured in this scene.

If the player managed to complete the full game in Chapter 2, they will receive a bonus scene featuring Shuichi Saihara talking to Monokuma. The ending dialogue conversation between them is mostly unique, however, nothing else about the ending nor the rewards change.

Note: Kaede Akamatsu and Rantaro Amami are not present in this version due to being executed and murdered respectively, as well as Maki Harukawa who refuses to leave guarding her Research Lab for the duration of Chapter 2.

Completing the minigame rewards the player with 100 Monocoins and the exclusive Monopad theme "Death Road of Despair" (Number 28). 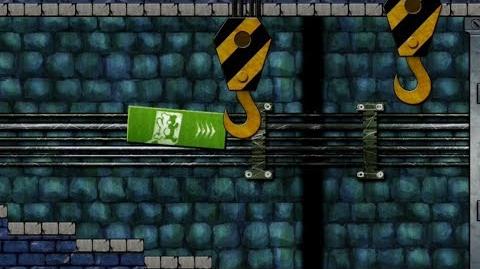 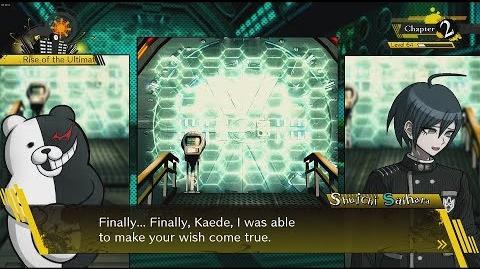 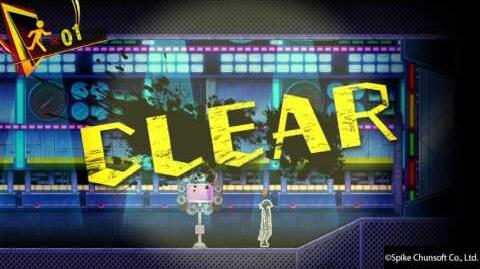