It is always darkest

All good things is the twenty-third episode of Danganronpa 3: The End of Hope's Peak High School and the twelfth and last episode of Future Arc, which serves as the final chapter of the Hope's Peak Series.

The episode was originally broadcasted in Japan on September 26th, 2016, and was simulcast with English subtitles by Funimation the same day.

Hope vs. Despair! What will reign supreme?

In a flashback, Kazuo Tengan is shown sitting in a tent at a Future Foundation base camp when Chisa Yukizome arrives with two flash drives and presents them to him. She explains that one of them is the Despair Video used to brainwash individuals while the other is the Suicide Video used to convince the The Reserve Course Department to commit mass suicide; she adds that the brainwashing element was added by her former student, Ultimate Animator Ryota Mitarai, whom she recommends the Future Foundation recruit in order to fight against despair. Kazuo asks Chisa if she has watched the video herself, which she denies. With her superior occupied by examining the flash drives, Chisa reveals her spiral despair eyes.

After the opening titles, the episode resumes where the previous one left off: with Mitarai receiving a text message from Kazuo. As Aoi Asahina wonders how a dead person can send text messages, Ryota's phone downloads a file, revealed to be a prerecorded video made by Kazuo. He explains that "hope" is something that old men like himself entrust to the next generation, as he tried to do by recruiting former students of Hope's Peak Academy into the Future Foundation. He praises them for becoming staunch pillars of hope in the fight against The Tragedy and its instigators, admitting that seeing them succumb to madness and paranoia to kill each other would be the greatest despair he could think of - thus, he set about to do just that.

As the video ends, Aoi and Makoto are left in stunned silence; Ryota, on the other hand, collapses on the floor, unable to comprehend the possibility that Kazuo himself was behind the recent killings. Aoi points out that the Final Killing Game is over, while Makoto suggests finding the exit to the facility, but Ryota slowly gets to his feet, announcing that he won't run away like he did when Junko Enoshima tricked him into helping her throw the world into despair. Declaring that he would not allow this to happen again, he tells Makoto and Aoi everything about his unwitting role in starting The Tragedy.

Aoi is surprised by the mention of a "Despair Video"; Ryota describes it as a way to "rewire" the viewer's brain, giving them Junko's obsessive love for despair. He had suspected that the Remnants of Despair that Makoto brought into the Neo World Program had been brainwashed by that very video; knowing that it was his fault, he had been too afraid to tell anyone until now. He goes on to state that the "suicide video" used in the Final Killing Game was originally developed by Junko - using techniques she gained from analyzing his own work - and that at one point, Kazuo obtained the video. Aoi wonders why Kazuo would use the suicide video to kill his own friends. Ryota theorizes that he must have watched the Despair Video first at some point; once he succumbed to despair, making his comrades commit suicide was the next step. He reiterates that his own mind is now made up and that he would take the necessary actions to end despair.

To Makoto and Aoi's surprise, Ryota reveals that he has perfected the animation he was developing before he met Junko; a video meant to brainwash hope into the viewer. He admits that he was never able to truly abandon anime, despite the knowledge that his own talent was what doomed the world; now, he has decided to use the Hope Video to reverse the despair gripping the world. Makoto realizes that Ryota intends to force the world to feel hope instead of despair, which the Ultimate Animator confirms. He admits that he was reluctant to use such drastic measures, but his experiences have shown him that humans are too weak to fight off despair of their own free will. Makoto denies this, stating that people can overcome despair by working together, but Ryota angrily retorts that the current state of the world is proof that they can't.

Grimly stating that not everyone can be as strong-willed as the Ultimate Hope, Ryota turns and begins walking down the hall, quickly followed by Aoi, who tries to talk him into thinking of another way. In response, Ryota apologizes to the former Ultimate Swimming Pro before pulling out his phone and showing the Hope Video to Aoi, sending her into a trance as he orders her to "stop Makoto Naegi". Moments later, Makoto finds himself being restrained by Aoi; Ryota explains that his talent with anime allows him to manipulate people's very minds, but the NG Code on his Monokuma bangle had prevented him from using it until now. Tossing the bracelet aside and resolving to live without any further regrets, he continues down the hallway as Makoto futilely struggles against his brainwashed friend's hold.

Elsewhere, a group of Future Foundation soldiers break into the facility, quickly but cautiously scouring the place for survivors. They come upon Ryota, whom the squad leader recognizes as a member of the 10th Branch. He asks what happened, but Ryota shows him his Hope Video, putting him under his control. He tells the soldier to broadcast the video to the rest of his men, and to stop anyone who comes looking for him by any means necessary, "for the sake of the world's hope". As the brainwashed soldier carries out the new orders, Ryota muses that all tragedy comes from the despair inherent in people's hearts; by "reprogramming" humanity with his video, he can free them of all suffering.

The newly-brainwashed soldiers swarm into the facility, with two of them finding Makoto still restrained by Aoi. Ignoring his pleas for help, they level their guns and prepare to fire, only to be knocked out by Kyosuke Munakata. He ties up the soldiers and frees Aoi from her brainwashing while Makoto explains the situation and asks him to help them stop Ryota's plan. Kyosuke muses on the irony of a plan to brainwash the world with hope being instigated by a Remnant of Despair, but Makoto theorizes that Kazuo wasn't corrupted after all - his real intent for the Final Killing Game may have been to push Ryota to the point where he would use the Hope Video. Remembering Kazuo's surprise when Ryota had arrived at his hearing, Makoto suggests that the Final Killing Game wasn't even meant to include Ryota as a participant; initially, the killing game was meant to be broadcast worldwide and after everyone was killed, it would likely be sent to the former Ultimate Animator afterwards as motivation. However, once Ryota was part of the game, the broadcast was unnecessary. Furthermore, Makoto realizes that Kazuo's final message was meant for Ryota, not himself - entrusting "the hope of the world" to him was another push for the use of the Hope Video.

Kyosuke again comments on the irony of such a despair-inducing gambit being used to create hope; a hope created by forcibly erasing sadness, pain and other negative emotions from the human mind, which he equates to removing the world's humanity. As the brainwashing video spreads to the next wave of the Future Foundation's incoming reinforcements, Makoto asks Kyosuke if the facility has a large-scale broadcasting station Ryota could use. Kyosuke notes that the only available station is in another building, but further plans are put on hold when the trio hears a platoon of soldiers fast approaching. By the time they arrive, all they find are their knocked-out comrades; Makoto, Kyosuke, and Aoi have already fled.

Arriving at another corner blocked by soldiers, Kyosuke notes that it would be prudent to assume that the Future Foundation's entire military force has been brainwashed by now. He breaks cover to distract the troops, allowing Makoto and Aoi to continue onward. He ends up being chased into the fake meeting room, where he finds Chisa's corpse, still impaled by his original katana. Moments later, the soldiers outside the door find themselves being summarily knocked out by Kyosuke, now wielding a sword in each hand and with the bandages on his head removed. He takes a moment to give a final mental apology to Chisa, whose corpse now has his old bandages laid over its chest.

Elsewhere, as Ryota approaches his goal with the help of the brainwashed troops, Makoto and Aoi run past yet another pair of soldiers who immediately open fire. Makoto gets through unscathed, but Aoi takes a bullet to the ankle, causing her to fall. Even as Makoto binds the wound, she tells him to go on ahead, assuring him that she'll be fine until he can stop Ryota and bring back help. The moment Makoto leaves, however, she collapses in pain, with more soldiers closing in on her.

Outside at last, Makoto runs toward the broadcast tower, thinking that he'll never give up until the very end. His thoughts are mirrored by Ryota himself, who has finally reached the broadcast station. As he uploads his Hope Video, he resolves to never give up again, vowing to create a world free of despair. Mentally announcing that he's done running, he completes the upload and his video begins broadcasting around the world, with a 30 minute countdown initiated until completion. As people across the world (including Touko Fukawa, Komaru Naegi, and even a space-bound Monaka Towa) begin watching the video, soldiers corner Makoto, Aoi, and Kyosuke. Back at the broadcast tower, Ryota revels in the fact that despair shall be entirely eradicated within a half hour.

These events are observed from a fourth wall breaking perspective in the form of a movie theater occupied by Chisa and Junko, the latter of whom introduces a segment called "What the Housekeeper Saw" - a recap of how Chisa influenced events leading up to this point. Junko gleefully announces the end of the Future Foundation; their leadership is dead through the machinations of their own president, their headquarters is destroyed, and one of their few surviving Branch Heads is about to destroy the free will of humankind in a last-ditch effort to eradicate despair, all thanks to the former Super High School Level Housekeeper. Junko also notes the irony and hypocrisy in Makoto attempting to stop Ryota from brainwashing hope into the world to combat despair when he himself did the same thing to the Remnants of Despair; by plugging them into the Neo World Program and erasing their memories of despair and planning to upload simulated memories and experiences of hope, Makoto's plan essentially was brainwashing and instilling hope to eliminate despair. Junko expresses disappointment that this is the end, but Chisa disagrees; revealing that her eyes are free of brainwashing spirals, she states that "this is where hope begins." Junko appears briefly surprised, but shrugs it off, saying that "we're already dead, anyways!"

As Makoto is about to be eliminated by brainwashed Future Foundation soldiers, Yasuhiro Hagakure arrives to save Makoto, knocking out the gunman, only to end up at gunpoint himself. Moments later, Byakuya Togami arrives, sending his bodyguards to knock out the brainwashed soldiers before wryly mocking Makoto's "luck". Elsewhere, a silhouetted figure is shown walking towards a light, leaving dozens of unconscious soldiers in his wake.

The episode ends with the message, "Continued on the hope side." 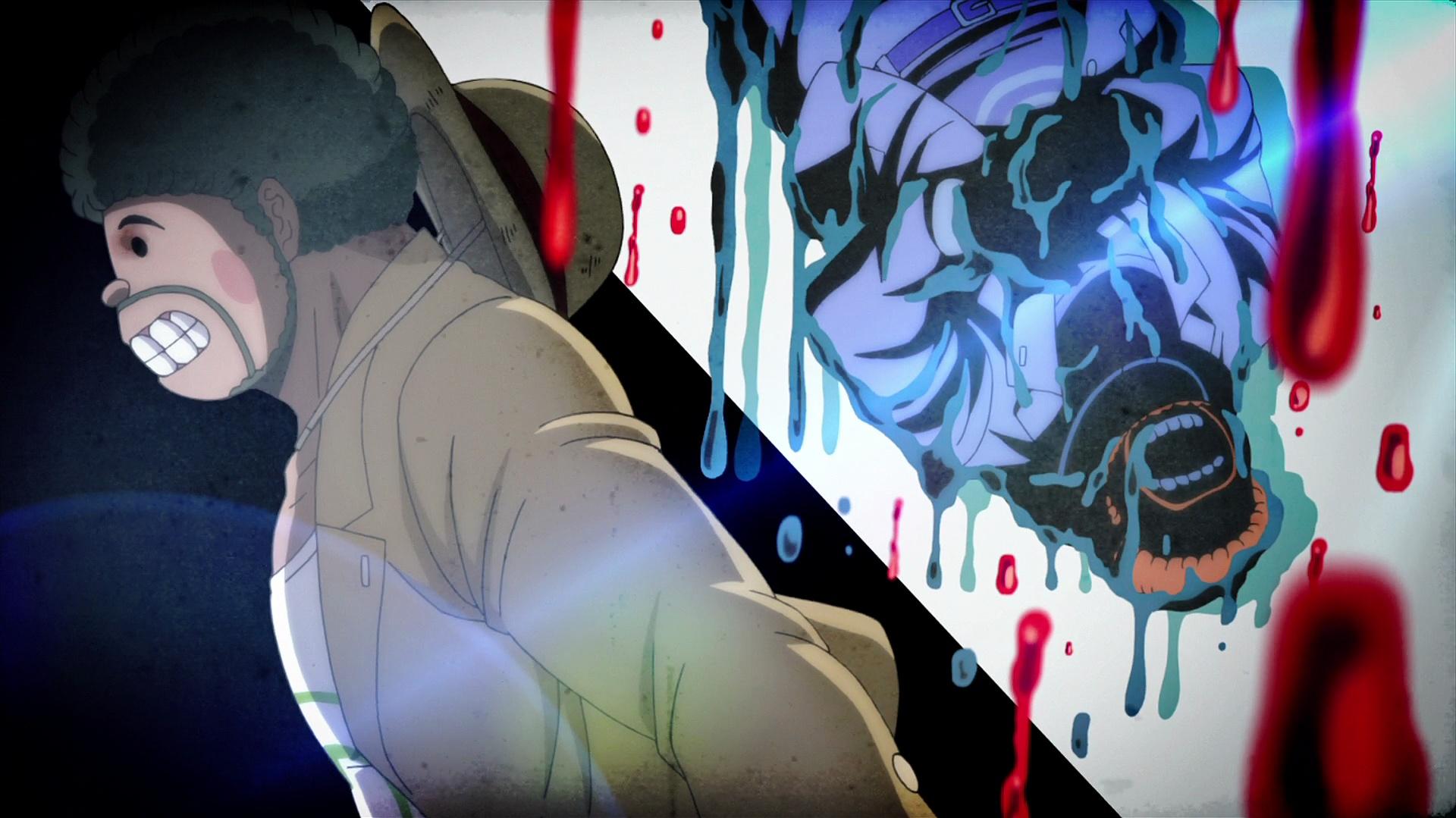 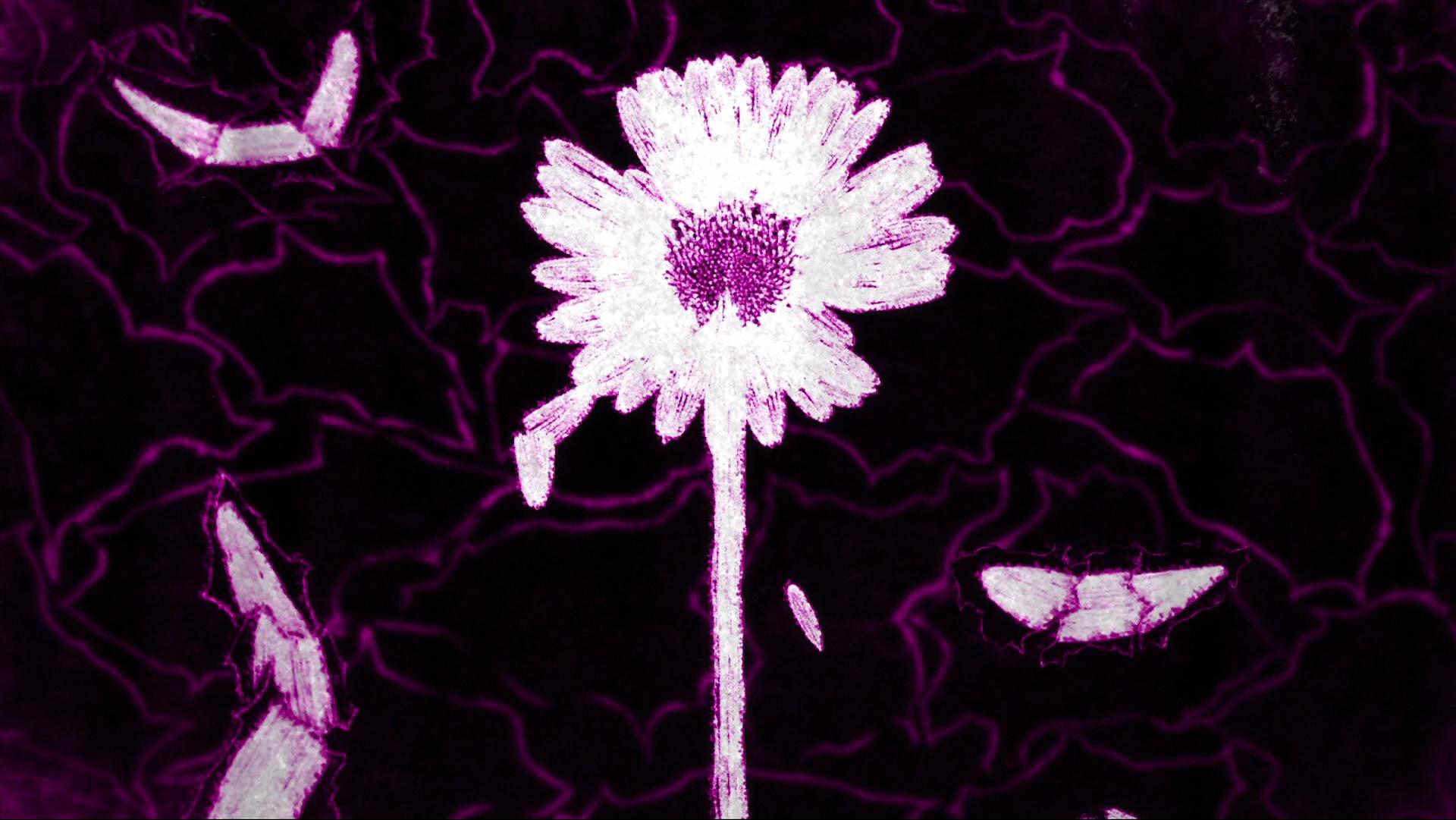