A Farewell to All Futures

A Farewell to All Futures

A Farewell to All Futures (全ての未来にさよならを) is the sixth episode of Danganronpa 3: The End of Hope's Peak High School and the third episode of Despair Arc, which serves as a prequel to the Hope's Peak Series.

The episode was originally broadcasted in Japan on July 28th, 2016, and was simulcast with English subtitles by Funimation the same day.

Hinata finds another Reserve Course student who dreams of joining the Main Course - and who is willing to take drastic measures to get there.

The episode starts with Hajime in a computer lab, looking up information on Hope's Peak Academy. He reflects on what the Academy is about and that he doesn't qualify because he has no talent. During the lunch break, Natsumi comes up to Hajime and criticizes him for staring at the main building. She says he doesn't seem to have any friends, and they are alike in that way. Hajime says her people skills could use some work, and remembers how Natsumi insulted the entire class during her introduction. Natsumi says she meant every word, and declares herself an Ultimate Little Sister. Natsumi proudly proclaims she is part of the Kuzuryu Gang, and that her big brother is the Ultimate Yakuza, which makes her an Ultimate Little Sister. Hajime says if that were true, she would be in the Main Course. Natsumi says that just because they don't recognize her talent doesn't mean she has none. Natsumi says she will get into the reserve course, and smiles deviously as she says that if one of them had to drop out of the Main Course, there would be a spot open, and says she has an intended target.

Sato slams her hand on Hajime's desk, and says she knows Natsumi is up to something. Natsumi plays it cool until Sato tells her she has no talent. Mahiru hears them arguing and comes into the room. Natsumi asks if Mahiru came here to mock those with no talent. Hajime gets up and tells Natsumi to stop. Natsumi says she is just kidding, and Sato tells her she better be since her brother is in the Main Course with Mahiru. Natsumi threatens Mahiru and Sato if they snitch on her. Mahiru says Natsumi hasn't changed, and Natsumi snaps that Mahiru is the same goody goody she's always been. Sato tells Natsumi to get it through her head that she wasn't picked for the Main Course because she has no talent. Natsumi goes to punch Sato, and Mahiru gets in between them. She and Sato leave, and Natsumi seeths in anger.

Alone, Mahiru cautions Sato about fighting with Natsumi. Sato says it felt good to take her down a peg. She adds that the entire photography club is all rooting for Mahiru, and she is confident that the world will one day see the beauty she brings into it. Mahiru blushes as she says she hopes Sato likes what she brought for lunch. Sato says she loves it, and Mahiru laughs that she hasn't even tried it yet. As the rest of Class 77-1, hang out, Fuyuhiko and Peko meet in a private corner, so he can tell her Natsumi is at Hope's Peak in the Reserve Course. Peko offers to find out why Natsumi is in the Reserve Course, but Fuyuhiko reminds Peko that she no longer works for him, and says he only told her so she doesn't do anything crazy. Ibuki shows up, and is curious about why Fuyuhiko and Peko are talking in private.

Hajime and Chiaki are playing games together by the fountain. Chiaki notices Hajime is distracted, and asks if something happened. Hajime asks Chiaki if she would still play games even if she wasn't good at them. Chiaki says she thinks she would, and adds there is more to life than just talent. Chiaki says that Chisa tells them the memories they make are way more important than the talent they have. She says she likes playing games with Hajime, and Hajime agrees that he likes it as well. Hajime reflects on Chiaki's words as they continue playing.

Hajime sees Natsumi and Sato arguing, and stops Sato from slapping Natsumi. Natsumi leaves after threatening Sato. Sato swears to protect Mahiru from Natsumi no matter the cost. Hajime catches up with Natsumi as she stares at the Main Course building. Hajime warns Natsumi she could get kicked out of school if she keeps threatening Sato. Natsumi starts to cry as she says she has to get into the main course. Hajime asks why it is so important to her, and Natsumi says that because her brother is the Ultimate Yakuza, she has to be his Ultimate Little Sister, or else she'll get left behind. Hajime thinks back to Chiaki telling him there is more to life than talent, and says he understands how she feels. Hajime tells Natsumi to just stand by her brothers side and make memories with him. Natsumi says her brother deserves the very best from all the people around him. Natsumi says she wants him to be proud of her; not looking down from above. She thinks about how Peko stands by Fuyuhiko's side all the time, and says once she proves she becomes an Ultimate Little Sister, then she can be with him again no problem.

The next day, Hajime repeats Natsumi's words about how Ultimates deserve the very best, even from the people around them, to himself. He sees a crowd gathered outside of the school, and learns Natsumi has been murdered. Fuyuhiko identifies Natsumi in the morgue while Peko waits in the hall, and punches the wall in anger and regret. Hajime hears Mahiru and Sato by the fountain. Mahiru is wondering if Sato killed Natsumi, but Sato denies it. After Mahiru leaves, Hajime approaches Sato, and demands to know what happened between her and Natsumi. Sato angrily denies killing Natsumi, and says that she was going to die young because she was a yakuza, and then suggest that maybe Natsumi committed suicide because she had given up, being talentless. Hajime says that Natsumi hadn't given up, and still had hope for the future. Sato tells Hajime he is wrong and runs away screaming.

Sato doesn't show up for school for three days, and her body is found on the fourth day. Hajime wants to talk to Mahiru, but is prevented from entering the Main Course building by Juzo and a security guard. Hajime asks for the real truth, and not what the school is telling them. Juzo downplays it, and Hajime knows he is lying. Juzo insults the Reserve Course, and Hajime attacks Juzo in anger. Juzo beats him down, and continues to mock him. Hajime gets up, and ends up grazing Juzo with his fist, Juzo goes to punch Hajime, and Chisa gets in between them. She offers Hajime her handkerchief, but he slaps it away in anger. Chisa scolds Juzo for beating up Hajime, and they both admit Hope's Peak is acting shady by trying to sweep the whole Kuzuryu incident under the rug. Chisa says she has been told to downplay if it comes up. She asks why Juzo was so rough on Hajime if he agrees with him. Juzo says he was trying to stop Hajime from getting too close to the truth, so he wouldn't get hurt. Chisa agrees with him, but still advises Juzo to do it without physically hurting anyone. Juzo says he will play nice, and Chisa sadly laments how bad things have gotten at Hope's Peak. They both agree Kyosuke is the school's only hope.

Hajime finds Chiaki by the fountain, and she invites him to play a new game with her. Hajime says he can't and has to be somewhere. Hajime tells Chiaki to make many memories at Hope's Peak because there is more to her than just being the Ultimate Gamer. In Jin's office, he, Kohichi, and Kazuo discuss Hajime's decision to participate in Hope's Peak Academy's project. They don't like the idea, but feel they can't do anything about it. Hajime comes before The Steering Committee, and agrees to be the academy's hope.

This episode features no ending theme. Instead the ending credits are displayed over the episode itself. 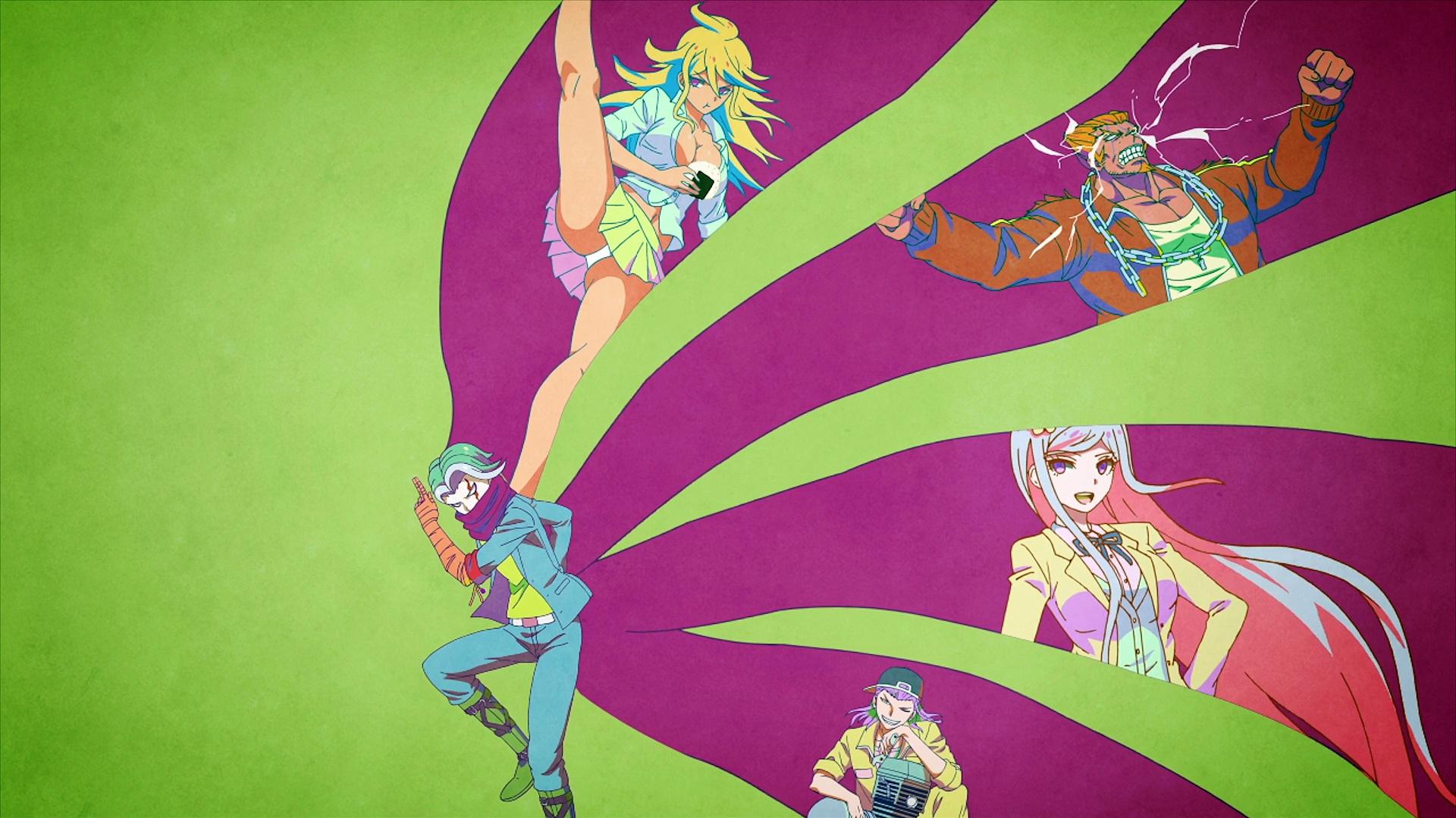