View source
watch 02:46
The Quarry - The Loop
Do you like this video?
Play Sound

Danganronpa: Kibō no Gakuen to Zetsubō no Kōkōsei (Trial Version) (ダンガンロンパ 希望の学園と絶望の高校生 (体験版)) is a Japan-only PSP demo for the game Danganronpa: Trigger Happy Havoc. It was released exclusively at TSUTAYA on October 10, 2010[1], and then given a wider release on the PS Store on October 19, 2010. The full version of the game was released in Japan a month later on November 25, 2010. The demo was later added to the version of Danganronpa: Trigger Happy Havoc included in the Danganronpa 1.2 Reload bundle.

This demo also received a manga adaptation, which was released as a pre-order bonus for the first release through TSUTAYA and WonderGOO.

Makoto Naegi wakes up and finds that he and 14 other students are trapped in Hope's Peak Academy, and introduces himself to the other students. The self-proclaimed Headmaster of the Academy, a robot bear named Monokuma, informs the students about the Killing School Life they're forced to participate in.

Later that same day, Makoto finds Yasuhiro Hagakure in his bathroom, dead with a knife in his stomach. This is identical to how Sayaka Maizono was murdered in the first game.

Makoto begins to investigate in his room and talk to his classmates in order to gather clues and evidence. Not too much later, Monokuma announces that they all need to meet up for the Class Trial in order to solve who murdered Yasuhiro.

In the Class Trial, the remaining students discuss the murder. After pointing out that there were signs of a struggle, Makoto and the others then talk about the murder weapon, in which Makoto reveals it to be a knife taken from the kitchen. Leon Kuwata suddenly says that the weapon used doesn't matter, and accuses Makoto of being the killer, saying that he took the knife from the kitchen. Makoto then tells him that he isn't the killer and says that he has a witness, Aoi Asahina, who then proves his statement by saying that she was in the dining hall and did not see Makoto come in.

Chihiro Fujisaki then wonders who killed Yasuhiro. Celestia Ludenberg accuses Aoi of being the killer since she was in the dining hall, but Sakura Ogami disproves this by saying she was with her the whole time. Celeste points out that if they didn't kill Yasuhiro, then there are no more people left who could've taken the knife. Sakura immediately says that there's still one more possibility, and Aoi tells them that another person came to the dining hall. When asked why she didn't say so earlier, she responds by saying that that person is "no longer here".

Makoto points out that Yasuhiro was the one who took the knife. The students wonder why he took it, and Sayaka says that he might have used it to defend himself. Chihiro then states that the killer possibly took the knife away from him, and the suspicion falls again on Makoto. As everyone accuses him of being the killer, Kyoko suddenly tells them that it's too early to decide Makoto was the murderer, and tells them that something (the lint roller) they would expect to find in his room has gone missing. As Makoto thinks about what the missing item could be, Monokuma disrupts the class trial and tells the player that this is how far he can let them go since it is only a demo. 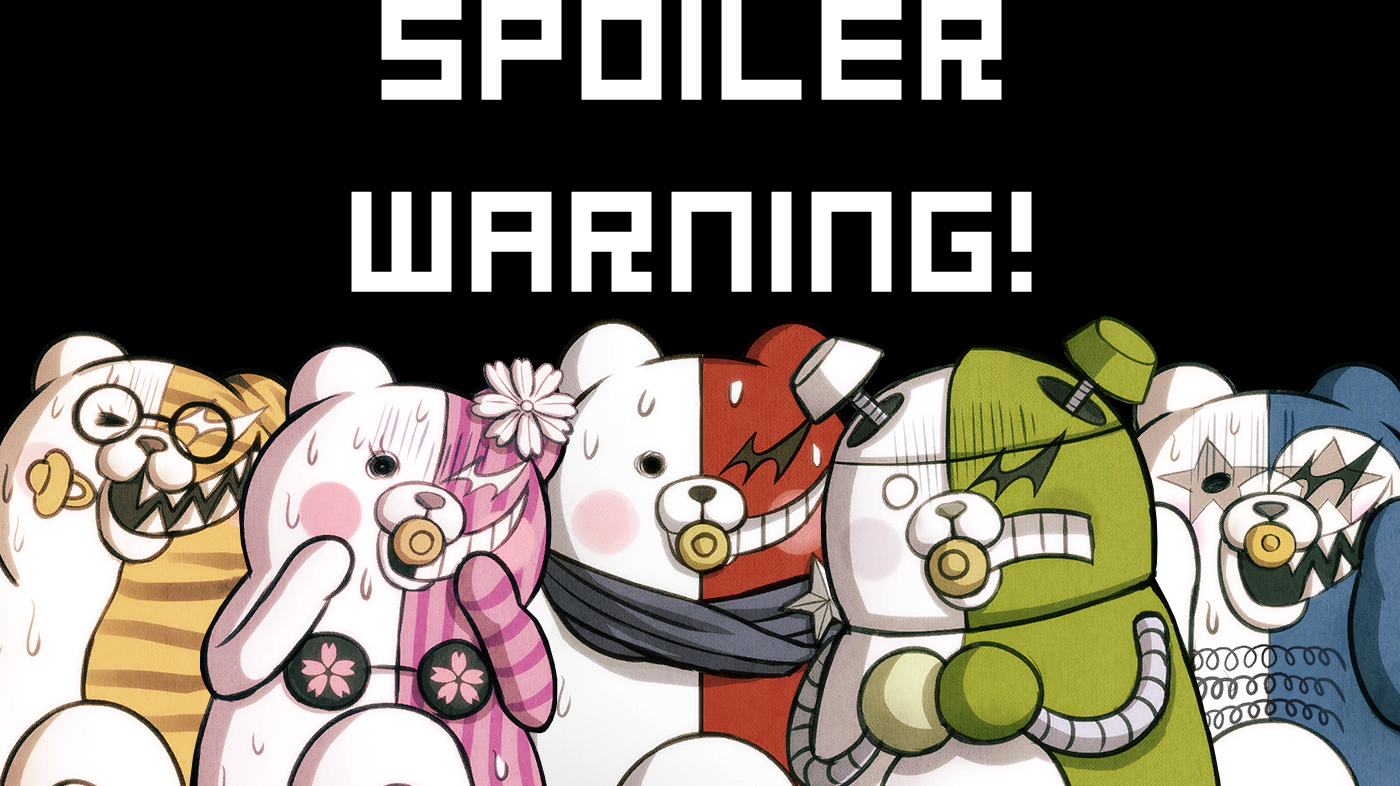