View source
watch 02:40
World of Warcraft: Dragonflight - The Loop
Do you like this video?
Play Sound

Danganronpa: Unlimited Battle (ダンガンロンパ-Unlimited Battle-) was a collectible card-based RPG game for iOS and Android devices, developed by Spike Chunsoft. The game was launched on January 7th, 2015 on iOS and later released on Android on April 17th, 2015. The game featured characters from Danganronpa: Trigger Happy Havoc and Danganronpa 2: Goodbye Despair.

The game was only available for 9 months before online servers were turned off on November 13th, 2015 and the game was removed from both iOS and Android app stores[1].

Danganronpa: Unlimited Battle was a reskin of the game Kenka Banchou: Crash Battle and used the same fundamental game mechanics as its predecessor. After collecting character cards through gameplay events or the in-game gacha machine, players would then be able to use 3D models of their earned character in pinball-esque battles. The player would pull their character back and then fire them in a chosen direction, which would cause the character to ricochet around the game board, colliding with enemies and dealing damage to them. Players earned rewards from defeating enemies, including EXP boost cards, stat boost cards, and currency (Monocoins) which could be used to purchase gacha rolls. Below is the opening introduction and tutorial level shown to new players. 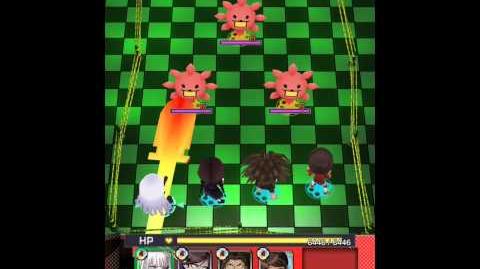 The game featured approximately 600 cards in total. Cards ranged from ★1 to ★6, increasing in power based on their rarity. Each card had different stats and special moves, and they were sorted into 5 types - Water, Wind, Fire, Light, and Dark - whose effectiveness would depend on their type matchup against enemy characters. After reaching their max level, cards could also be evolved to increase their power, which would cause a colored flame to appear in the background of their card art.

The most common type of collectible cards featured characters' sprites from the original Danganronpa: Trigger Happy Havoc and Danganronpa 2: Goodbye Despair games, whereas rarer cards (typically ★6 and available through the gacha during limited time events) featured more unique types of card art, such as illustrations by Rui Komatsuzaki previously featured in magazine promotions or merchandise, images from the Danganronpa: The Animation anime series, or art from characters' in-game cutscenes. Some example cards of different art styles are featured below: 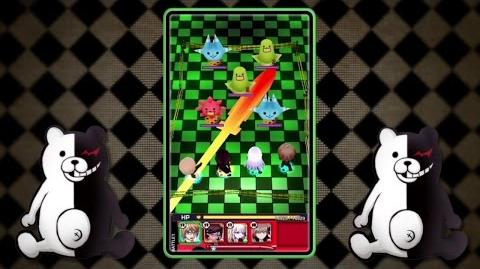 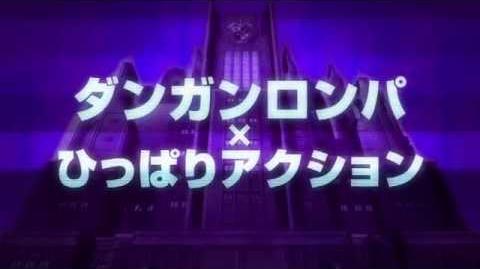