Goodbye, Despair High School (さよなら絶望学園) is the thirteenth and last episode of Danganronpa: The Animation, the anime adaptation of the video game Danganronpa: Trigger Happy Havoc.

Now that the mastermind has been revealed, Naegi and his classmates must uncover the mysteries behind Hope's Peak High School during the final classroom trial. Can hope defeat despair or will the mastermind come out triumphant in the end?

Junko Enoshima reveals that she had used Mukuro Ikusaba, her older sister, to take her place, before showing the others footage of the outside world. It is revealed to be in total chaos, which is confirmed by Genocider Sho, who retained her memories due to them being separate from Touko Fukawa's.

It is then revealed that the memories that were stolen from the students were actually of two whole years spent together in Hope's Peak Academy. A year ago, when a terrible incident hit the world, the school was converted into a shelter to protect the students carrying hope on their shoulders.

However, Junko killed the Headmaster, erased the students' memories, and began the killing game, even betraying her own sister in the process. Junko then holds a final vote between hope and despair; if everyone votes for hope, they must leave the academy, but should even one student vote in favor of despair, the students will remain in the academy and Makoto Naegi alone will be executed. Despite this, Makoto manages to use his own hope to inspire the others to stand up against despair, earning him the new title of Ultimate Hope.

With the trial over, Junko revels herself in the Ultimate Despair and gives herself The Ultimate Punishment, leaving behind an escape switch. With hope in their hearts, Makoto and the others use the switch to leave the academy and venture into the unknown world, unaware that Monokuma is still active. After the credits, Monomi says she wants to meet "group" soon.

This episode features no opening theme. Instead, the opening credits are displayed over the episode itself. 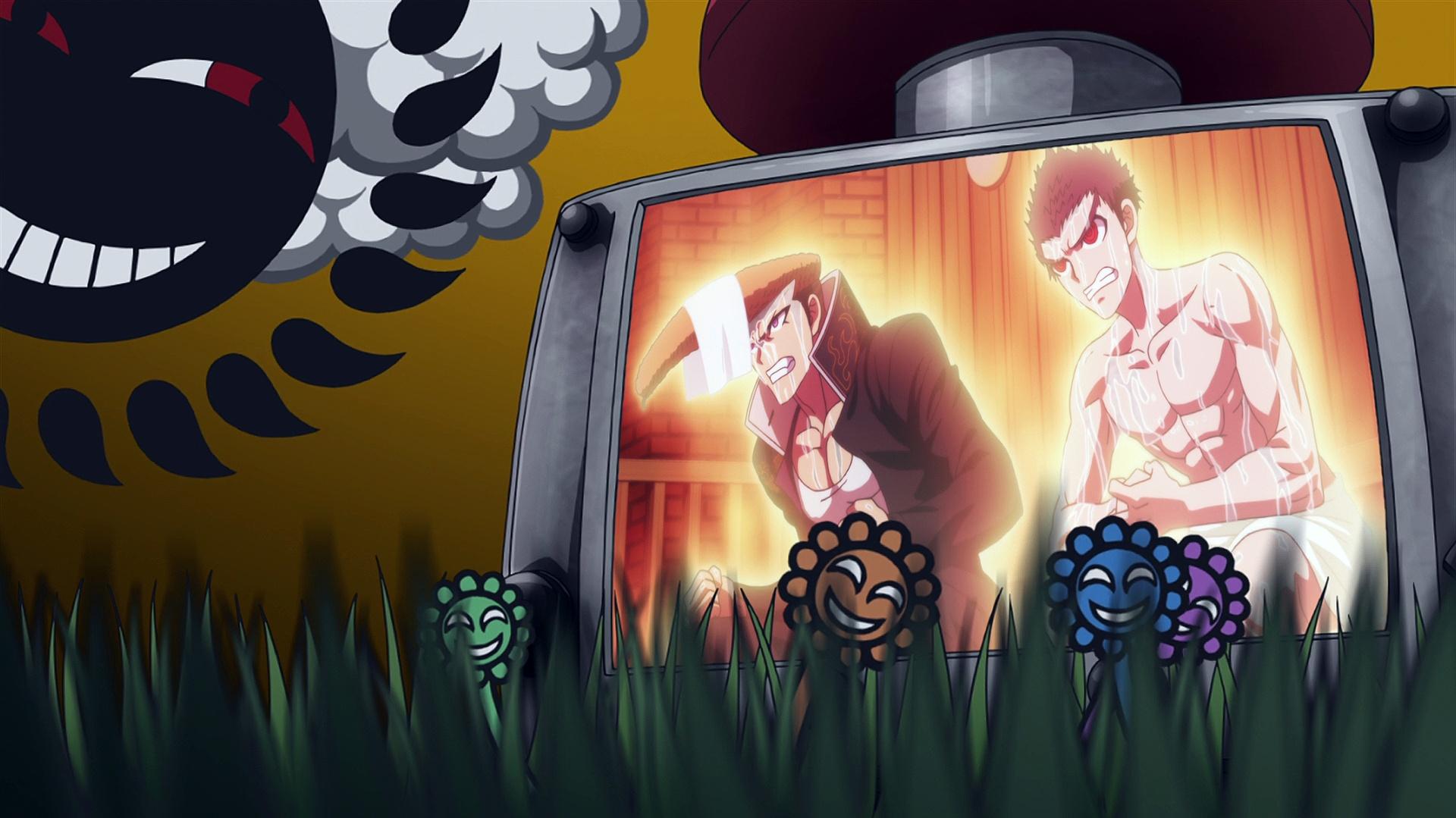 Retrieved from "https://danganronpa.fandom.com/wiki/Danganronpa:_The_Animation_-_Episode_13?oldid=329537"
Community content is available under CC-BY-SA unless otherwise noted.