Part of the second floor has opened, including the pool and locker rooms! Monokuma gives the students a few days to explore before he gets bored. They have 24 hours to kill someone or else he'll broadcast their darkest or most embarrassing secrets.

The episode opens in on Makoto Naegi taking a shower, mourning the deaths of Sayaka Maizono, Junko Enoshima and Leon Kuwata after the first class trial. Following the day after, Monokuma grants the remaining students access to the second floor of the Academy, leading to a library, along with a swimming pool with gender-specific changing rooms the students can change and go through to the pool area.

Whilst the rest search the newly-opened floor, Byakuya and Kyoko come across a school laptop that won't turn on, aware they are likely not able to use the internet, but let down by it nonetheless. Makoto, in his search, comes across a letter of indication that clarifies Hope's Peak Academy has shut down school operations, and will continue said operations once the "issue" has been resolved. Unaware of what this means, they put the knowledge aside for later. Byakuya leads them to a room full of confidential files, various crimes contained in them.

As all the students start pooling into the library, they begin discussing the killing game once more, Chihiro exclaiming that she doesn't like it and doesn't want to kill her friends, leading to Byakuya sneering that everyone had voted to kill Leon themselves. Several people defend their own reasoning as to why, and Mondo's temper rises as he tries defending Chihiro's sadness. Byakuya only mocks him, and Kiyotaka attempts to stop Mondo from lashing out, only leading to the biker storming out of the library in anger. Multiple people begin leaving, and Touko confesses she has no trust for everyone, and that no one would care if she died as long as it isn't them. Running away screaming, the remaining students in the library are worn from the drama.

Aoi offers to take a dip in the pool to relax, inviting a hesitant Chihiro along with her, Sakura, and Celestia. Finding out that the changing room's are locked, Monokuma explains that e-Handbooks are required to get in, and are specified to the designated gender only, or else the offender will be shot down by a machine gun.

Later that night, Makoto comes across Touko in the library, watching Byakuya read with a love-struck expression. He orders her to leave him alone and take a shower, claiming that she smells bad enough that he can sense her from far away. Dejected, Touko agrees, and is followed by Makoto, trying to assure her that Byakuya's manners were never the best. She only seems to be under the assumption he cares about her and her hygiene, and that she and Byakuya are the perfect couple. She skips back to her room happily, leaving a shocked Makoto behind.

Later, Makoto is caught in the middle of a fight between Mondo and Kiyotaka, and dragged to judge their "battle of endurance" in the sauna. Makoto eventually leaves them behind to wrap up the competition, leading to the two boys bonding in the sauna, evidenced by how close they are the very next day.

Monokuma then assembles the students for a "pep rally", revealing his next motive, in which he will publicly announce everyone's darkest, or most embarrassing secrets unless someone is killed in the next 24 hours. Despite people being shocked at their own secrets written on paper, Makoto believes no one would kill over something so trivial, especially as his own secret, wetting the bed until fifth grade, is too petty.

Despite his thoughts, he wakes up to an announcement that someone has died overnight. Makoto rushes to the Cafeteria to check whoever they're missing, and they decide to split into groups to seek out whoever has died, Byakuya quickly recruiting Makoto as his partner. He leads him to the girl's locker room, and there they find Chihiro's corpse strung up as a crucifixion, and the phrase "Bloodbath Fever" written in blood on the wall behind her. Kiyotaka appears soon after the two find her body, and the body discovery announcement leads to the rest of the students filing inside, staring in horror at Chihiro's body.

During investigation, several peculiarities are found, such as the late programmer's missing e-Handbook, her method of death, a missing coffee stain, along with oddly matched posters in the lockers rooms and a testimony from Celestia Ludenberck claiming she'd ran into Chihiro the night before she died.

This prompts Byakuya to reveal that the death must be the work of Genocider Sho, and thus leads Makoto into the confidential files room in the library to pick up the cases on the murderous fiend, nearly everything about Chihiro's death matching up to the descriptions of the murderer's victims. Aoi Asahina retrieves the two and explains that Touko locked herself in her room and refuses to come out and speak unless Byakuya is there. She then shakily apologizes to the heir, and exclaims that she wont allow Genocider Sho to add her to her "body count." This sends Aoi into a fit of panicked, confused questions with no answer, Makoto looks at Byakuya and he appears completely calm, as if he knows what Touko is talking about.

Once this is over, Monokuma announces that the second class trial will start, everyone gathered in the trial room for the murder of Chihiro Fujisaki. 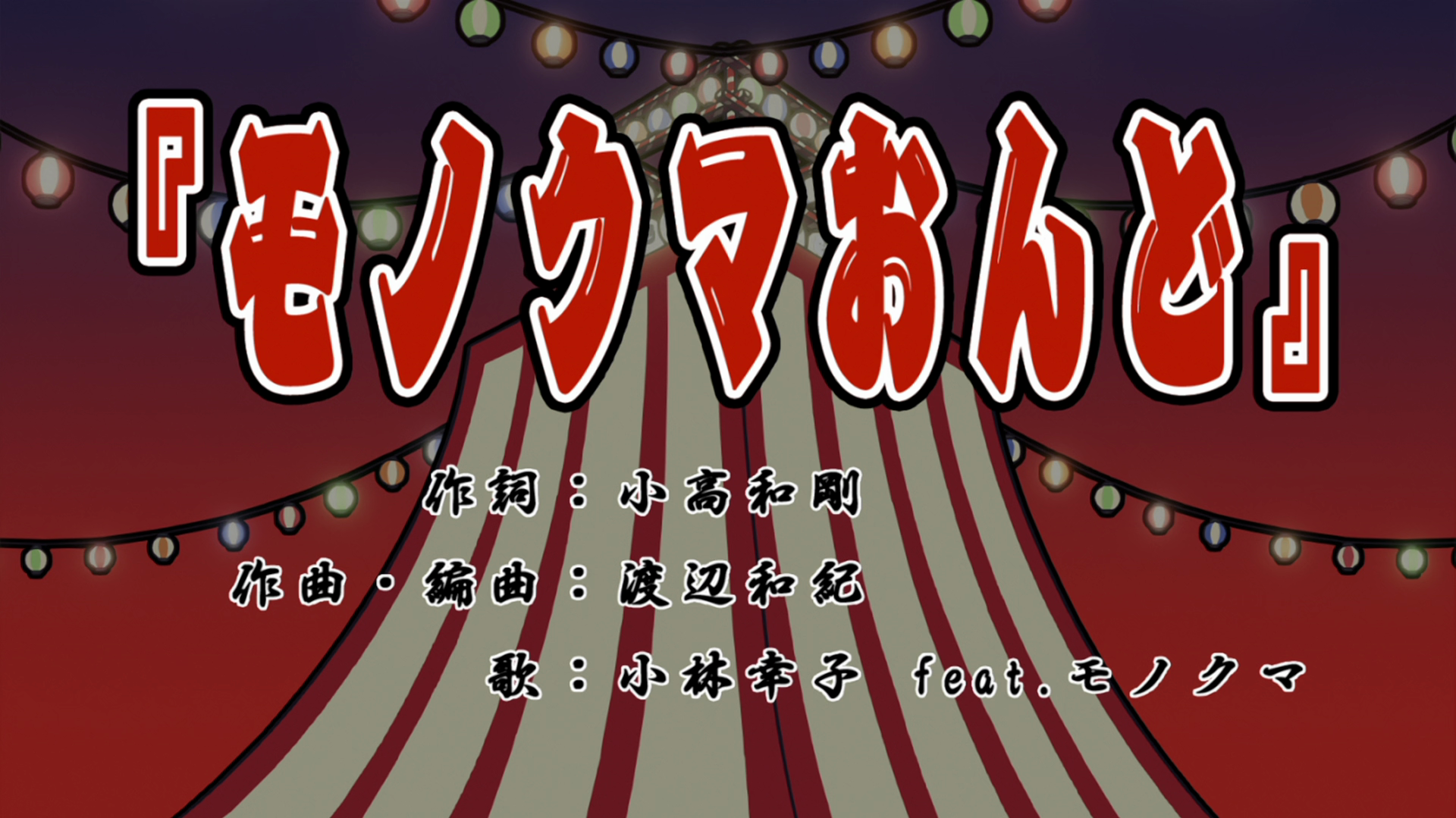 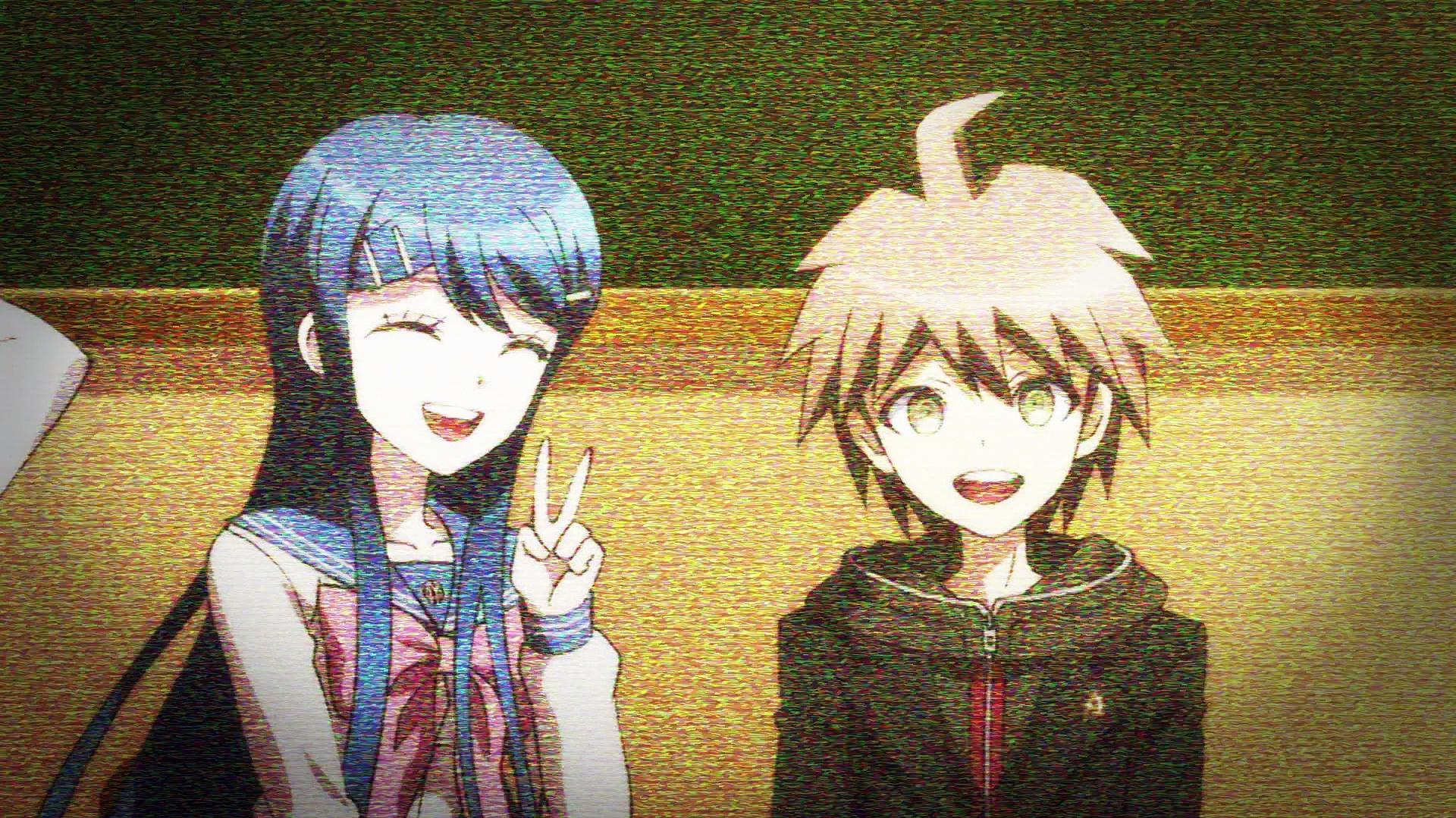 Retrieved from "https://danganronpa.fandom.com/wiki/Danganronpa:_The_Animation_-_Episode_04?oldid=331088"
Community content is available under CC-BY-SA unless otherwise noted.