Cyber Danganronpa VR The Class Trial (known in Japan as Saibā Danganronpa VR Gakkyū Saiban,サイバーダンガンロンパVR 学級裁判) is a virtual reality demo of Danganronpa: Trigger Happy Havoc, where players take part in a class trial similar to those of the original games. Players use "truth bullets" to counter arguments from their classmates.

On October 13th, 2016, the demo was officially released in Japan and China on the PlayStation Store, and was available for free for use with the PlayStation VR headset for PlayStation 4. The following day, Spike Chunsoft announced that they were working on bringing the demo to the west. The game was rated by PEGI in Europe on February 2nd, 2017. During Spike Chunsoft's press conference in 2017, they revealed that the demo would be released in North America on March 7th, 2017 and in Europe on March 10th, 2017.

Cyber Danganronpa VR The Class Trial is a small recreation of the trial that takes place during Chapter 4 of Danganronpa: Trigger Happy Havoc, in a first person view for the PlayStation VR. This time around, the characters are fully 3D models, rather than the 2.5D sprites that the Danganronpa series is known for. As such, the characters are able to interact more during the Nonstop Debates, each with their own unique animations. However, since it's just a demo, only a small portion of the trial was recreated, so after a certain point, Monokuma would interrupt and let the player know that the demo is over. The demo then ends with a recreation of the execution After School Lesson from the first game in a first-person view. 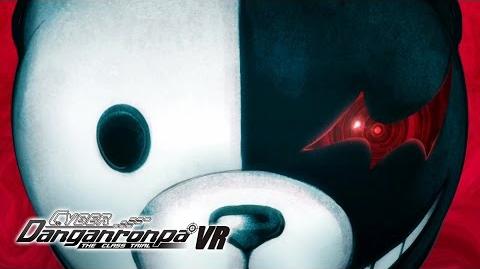 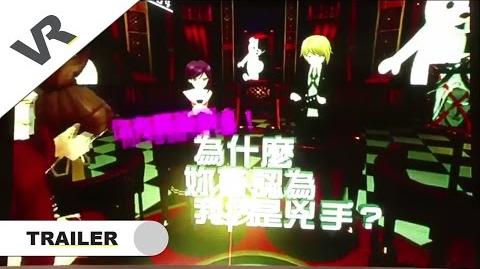